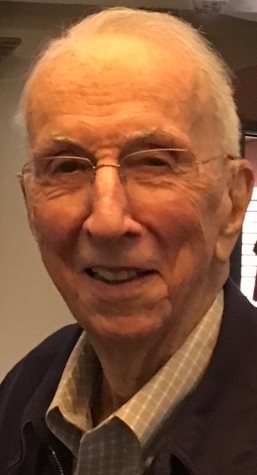 We are pleased to announce that the Opera Guild’s honoree at this year’s Quest for the Best is our board member and finance committee chair, Stokes M. Tolbert. His wit and wisdom have long graced not only OGSA functions, but those of all the cultural institutions on whose boards he has served. His active life at age 94 and his continuing dedication to the Tucson community are inspirational models to all.
Stokes enjoyed a long career as an international development economist, including several years with the U.S. Agency for International Development and almost 30 years with the World Bank. He and his family lived for ten years in Asia—in India (where two of his children were born), Thailand and Indonesia.
Upon retiring from the World Bank in 1988, Stokes followed his daughter Leslie and her husband, Paul St. John, to Tucson, where they joined the UA faculty, and where he enjoys the company of not only grandchildren but two great-grandchildren. Stokes also served in leadership roles at the Nature Conservancy of Arizona, the Tucson Committee on Foreign Relations, the United Nations Association of Southern Arizona, and the Yale Club of Southern Arizona. He somehow found time to serve on the advisory boards of the Tucson Museum of Art, the UA School of Music and the UA Press. He has been a board member of the Opera Guild of Southern Arizona since 2006.
Please join us on March 24 at 1:00 p.m. in Holsclaw Hall as we present the top graduate student prize in his honor.